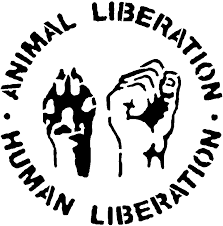 A new law made by the President of the Republic of France, Nicolas Sarkozy and his government, passed on the 2nd of October, 2011, states that ALL School meals in France MUST contain meat and animal products. Voted in last year, this new order will soon state that all meals in schools, hospitals, retirement homes, prisons, etc. must contain dead animals and animal product, effectively banning vegetarianism for a huge sector of the population.

As if this law wasn’t absurd enough, new information coming out of France suggests that this order was passed after a great outcry from French Farmers after hearing about Paul McCartney’s Meat-Free-Monday’s. In January of 2010, French Agricultural Minister, Bruno Lemaire stated that the governments aim in determining the nutritional policy of France was to defend and support the French agricultural model and to specifically counter initiatives made by those like Paul McCartney, aiming to reduce the consumption of meat.

“The Charter of Fundamental Rights of the European Union, which is binding on member states including France, holds that: Everyone has the right to freedom of thought, conscience and religion. This right includes freedom to change religion or belief and freedom, either alone or in community with others and in public or in private, to manifest religion or belief, in worship, teaching, practice and observance.

The public debate regarding animal rights and the moral status of animals is active in France as in many other countries. Citizens are entitled to choose freely where they stand on these issues, and those who believe that they cannot, in conscience, accept to eat animals must not be discriminated against.

A government cannot settle a philosophical, ethical and political debate by restricting the rights of those who disagree with its own positions. For years, the official policy of the French government has been openly hostile to vegetarianism.”

Please sign the petition against this law, started by the Vegetarian Association of France, and you can go here to find out what else you can do to help our fellow Vegans in France!