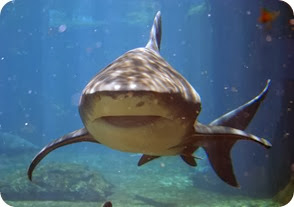 The Western Australian shark cull has caused animal lovers and marine scientists all over Australia to come together for an important cause. Last Saturday, on the 1st of February, thousands of Aussies attended protests across the country – many of whom were not even in WA.

The people have a lot to be angry about – the WA government’s plan to set up baits and nets in waters surrounding WA’s beaches will lure all types of sharks, from Great White to Tiger sharks, to the nets and then entangle them for hours while they suffer and then die. The WA Premier Colin Barnett has ‘introduced the culling operations after seven fatal shark attacks off the West Australian coast in the past three years,’ the latest of which killed a 35-year-old surfer in November of last year. The first shark to be killed as a result of the cull was on Australia day and since then we have seen a number of others get caught in the net as well.

The cull has ‘alarmed and horrified marine conservationists since it goes against the global effort to protect the declining shark population.’ The impact of culling the shark population will have ‘a broader impact on the marine ecosystem’ and Sea Shepherd Australia managing director Jeff Hansen stated that ‘sharks help control the population of other marine animals since they remove the weaker members of the population.’ It would also add to the already increasing rate of sharks being killed by humans – up to 100 million sharks are killed each year. Furthermore, killing off sharks will not only disrupt the marine ecosystem, but has potential to decimate ‘the region’s fisheries stock.’

The protest in NSW’s Manly Beach was criticised by WA fisheries minister Ken Baston as a hypocritical protest. He pointed out that the cull in WA is justified because ‘other states in Australia like NSW, including at Manly Beach, have had similar successful shark mitigation strategies for many years.’ However, the protestors were well aware that their own state should be under fire for introducing nets, and at the protest they raised their concerns about the shark nets in NSW, pointing out the ‘controversy last year after a baby whale became entangled in a net and died off Mona Vale Beach.’

Activists are turning towards raising money to ‘fund a legal challenge to the cull’ which will hopefully engage the politicians more than ‘dialogue … diplomatic entreaties [and] petitions.’ The Guardian’s article which was written last year about the number of sharks killed by humans each year sums this all up perfectly – ‘we are now the predators. Humans have mounted an unrelenting assault on sharks, and their numbers are crashing throughout the world’s oceans.’

That was written a whole year ago. Since then, 100 million sharks have been killed and now, thanks to WA’s government, that yearly number will rise.