A Win for Factory Farming? 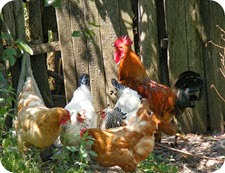 As of November 26, state legislation will be introduced to widen the regulation surrounding eggs sold in Tasmania. The legislation will require anyone who sells eggs to be licensed producers and to adhere to processes such as egg stamping and a food safety plan. Previously this only applied to those selling from more than 20 chickens. However now anyone selling commercially will have to abide by the new regulations.

One argument which will undoubtedly be made is that regulation of anything creates the opportunity for governments to ensure that standards are met. That licensing will ensure that everything is ‘out in the open’. As we all know, if this were the case then the horrific reality of so many thousands of beautiful birds would be different. This is a loss, not a win, for animals.

Transferring the custom currently given to the many small local sellers over to larger licensed producers is the wrong step in the effort to end factory farming. I know that to most readers, even smaller production by locals is not ideal. However I think everyone would agree that giving consumers a choice other than the horror that is intensive farming is a step in the right direction.

The reality is that cutting out small producers only allows for the products currently sold in supermarkets to flourish; and where supermarkets are concerned, the bottom line will trump welfare every time. I’ve let Primary Industries Minister Bryan Green know what I think, perhaps you should too – bryan.green@parliament.tas.gov.au