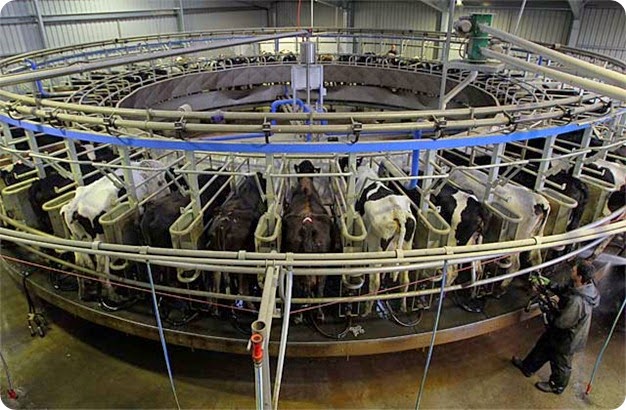 The dairy industry is growing in Tasmania, and this is only the beginning. Targeting the unemployed youth in Tasmania, DairyTas have announced that they currently have plans for an unemployment register intended to satisfy the constant need for qualified dairy employees across the state. From verbal support by DairyTas, Agritas agricultural training college is seen to be the main avenue for unqualified employees to become trained in the dairy industry.
DairyTas chief executive Mark Smith stated, “We are planning on a practical, short and sharp training run in each major urban area of the state late June and early July.”
With a $340 million expansion on the way, DairyTas needs qualified employees for this expansion to develop the way they would like.
According to recent promotions, the government is incredibly encouraging of DairyTas’ plan.
Jeremy Rockcliff, the Minister for Primary Industries and Water wrote in a media release on the 30th of May, “Speaking at the Dairy Industry Association Conference at Strahan today, I highlighted the Liberal Government’s long-term plan for agriculture, Agrivision 2050, which is aimed at increasing the value of the state’s agricultural sector to $10 billion a year by 2050,”
“… the Government is so supportive for the IntoDairy: Sustainable Development Strategy, championed by DairyTas, and why we are committed to investing in agriculture…”
Natives in Asia, especially China, are increasingly becoming attracted to meals containing high amounts of dairy, which is a major reason as to why the dairy industry in Tasmania is growing. The high possibility of profit from exportation and the low Australian dollar are huge influences regarding why this arrangement is going through. A planned 50 farms are going to be built in this expansion creating further destruction to Tasmania’s’ naturally beautiful environment.
The IntoDairy: Sustainable Development Strategy is a government project which confirms how invested the Liberal government are in the dairy industry. With such continuous support as this, this plan is going to become a reality.